Vegetarian and vegan food are taking the world by storm. And yet, there are still fundamental differences between these two different ways of eating that remain a question mark for a lot people. How many times have I ordered food that the server assures me is vegan, and yet it turns up with an egg on it, or cheese sprinkled on it, or fish sauce mixed in the base? “So what?”, a non-vegan might think? “So… a lot.” Let’s delve deeper into this below.

For long-term vegans and for our regular Living Food Lab customers as well as in the highly veganised “Bali world”, the difference between the two is obvious, but for anyone interested to learn more, then read on, for in this post, I will talk about one of our core values – veganism – and what it actually is, as well as how it differs from vegetarianism. 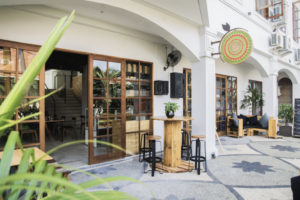 So,the difference between a vegetarian and a vegan is that a vegetarian doesn’t eat other living beings such as cows, pigs, lambs, chickens and seafood. However, they might still eat dairy products, eggs, honey, fish sauce and shrimp paste. Vegans, on the other hand, remove all food and drink that involve animals or their by-products, such as honey, wool or silk, in any way, from their diet. 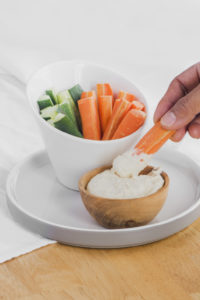 Some say that the by-products of animals and sealife are not living beings in themselves, and that takes us to the philosophical question of “when does life really begin?” At what point does a life form become recognisable to us humans as something that, for example, vegetarians won’t eat? For a vegan, the answer is simple: anything that negatively affects animals, their living conditions, their quality of life and restricts their freedom, is a form of cruelty, and I am doing what I can to bring about some positive change for animals.

Being vegan can be broken down into a few layers: on a more basic level “what we eat” and on a more complex level “how we live, consume and think”. The most obvious one is that of eating vegan food. On a nutritional level, being vegan is as simple as having a plant-based diet that includes delicious and healthy ingredients as fruits, vegetables, grains, nuts, seeds and legumes.

The second layer delves deeper, into our everyday lifestyle, the daily choices we make to be more compassionate, that takes into consideration the life of other living beings and the environment. A fully vegan person would not use any products that come from an animal, all the way from avoiding silk to not using woollen socks. It takes a lot of research and dedication to go fully vegan as a lifestyle, and it’s a powerful stance against animal exploitation and reducing our carbon footprint.

Veganism can be so much more than a particular way of eating. A vegan lifestyle is a core belief that is infused into every part of life. It’s about making sure that every material and product that we use, like clothing, shoes, makeup and tattoos, is free from animals or animal by-products. 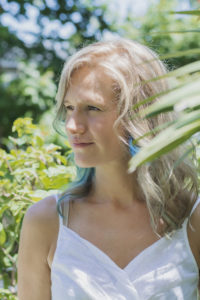 For me, becoming a vegan was a long journey, and let me say up front, it is still on-going. My diet is fully vegan, except I will rarely have honey, but I still have non-vegan products at home and in my closet. As a child, I grew up in Belgium and was lucky to travel throughout Europe, eating my way through hundreds of restaurants, and feeling proud of not being a picky eater. I tried snails, mussels, rabbit and just about everything offered to me. But later in my teens, a small voice inside me begun to tell me: “I don’t feel 100% comfortable with this”. Then, my dairy intolerance forced me to eliminate lactose from my diet, meaning I cut back from dairy products simply to eliminate pain.

In my 30’s, when we moved from Singapore to Shanghai, I had a crisis and broke down on every level of my being: spiritual, emotional, physical and even social.  I shut myself off from the world and started to meditate and learn about alternative therapies. That led me to holistic nutrition, and then seven months of study to become a raw food, vegan chef. During that time, I felt a pressure, as someone who was preparing vegan food, to be vegan as well. But it didn’t happen overnight, and it was awkward at times. I felt guilty, like a traitor. Judged. Eventually, I came to an agreement with myself that I would do it in my own time, giving it my best effort, given social, environmental, emotional and physical conditions, and without going extreme. 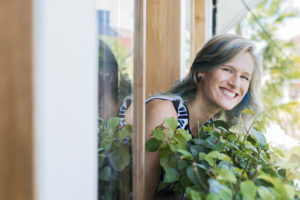 I was still eating cheese and fish occasionally, but I was feeling guilty and “icky” afterwards. Until one day, after having a small piece of cheese at a party, I knew that that was my last bite of cheese. It tasted like pure animal fat. I realized then, that I was still eating these things because of the social environment, old cravings, and associated habits – not because I enjoyed them. The same thing happened with fish and eggs. I just couldn’t eat them anymore. It didn’t feel right. Everything happened organically. It wasn’t so much about stopping doing something as about doing what felt right. And at that point, vegan felt right.

What eventually led to my vegan diet was the more relaxed approach of not trying to be a perfect vegan, and not feeling the constant stress of denying myself something. This forgiving attitude, combined with doing the best I could (without being extreme), is what helped me to become sustainably vegan. It happened organically, exactly when I was truly ready for it, and therefore, it is a long-lasting veganism.

However, it’s crucial to point out that veganism is a decision that I made in my life and I never tell others what they should do. My way of spreading the vegan message is not about being judgmental or imperative. I spread the message by having a vegan business and offering delicious and healthy food to everybody that enjoys great food. If it helps out a few living beings on the way, I am happy.

This site uses Akismet to reduce spam. Learn how your comment data is processed.

LFL at The Bridge is only open to visitors who are doing a tour or who are guests of a parent and/or staff. 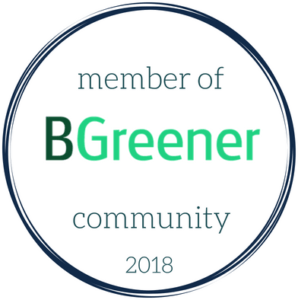 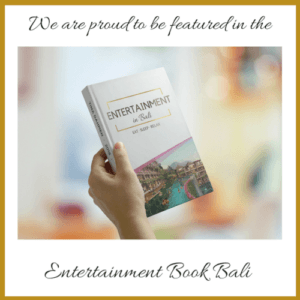